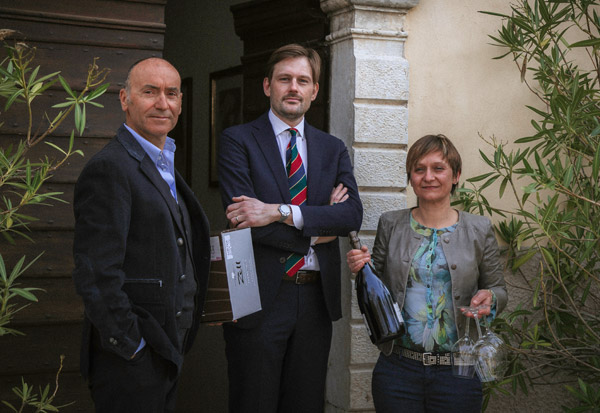 The long-standing collaboration between Concilio and Cantina Sociale di Trento was successfully consolidated in the merger on 31 July 2018. Cantina Sociale di Trento was founded on 17 October 1956 when a notarial deed was registered by 11 farmers from the city of Trento. The idea came from an awareness that a union of several forces would allow even small producers to adequately face the market and make a profit and, over the years, was characterised by the desire to defend and protect the uniqueness of Trentino wines. The partners and owners of Cantina Sociale di Trento manage the precious vineyard territory that extends around the the town of Trento, on the hills that adorn the city and in the Vallagarina. Each partner has a deep-rooted winemaking culture, which has been passed down over the years from father to son, capable of expressing a deep and direct feeling with the territory, as our wines do.

This Brut Classic Method is produced using the best Chardonnay grapes, hand-picked and grown on the hills around the city of Trento.

Yellowish in colour, intense and pleasurable fragrance, slightly aromatic. On the palate it manifests low acidity and a well-rounded, harmonious velvety flavour.

The name Mori Vecio indicates the origins of the cellar. These Red DOC Reserve grapes are harvested by hand in small crates.